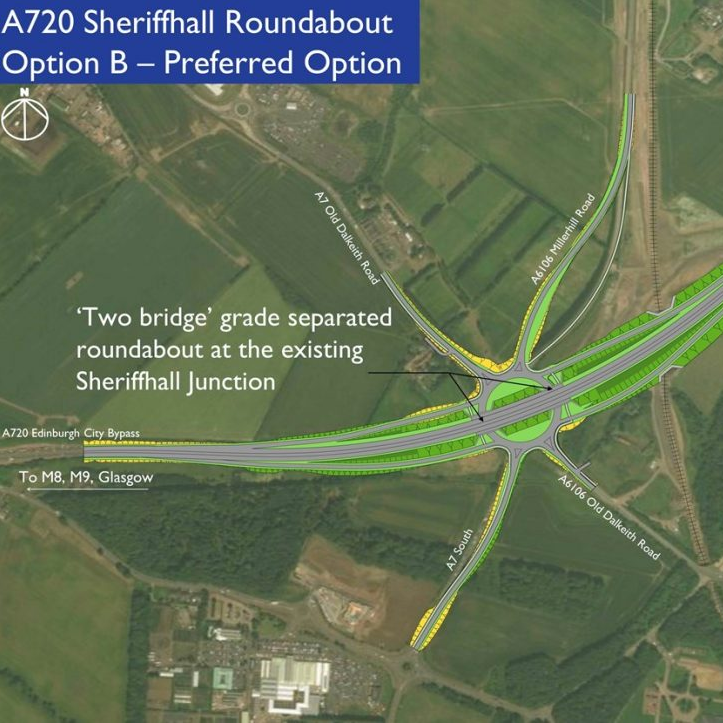 On Wednesday 24 May GCDT will submit following briefing note to the Scottish parliament along with the petition and its signatures.

Gorebridge Community Development Trust is extremely concerned over the Scottish Government’s ‘preferred option’ for the Sheriffhall roundabout.  SEStran, the Regional Transport Authority, has called the existing roundabout “dangerous and intimidating” for cyclists and have recommended an “overpass/fully segregated bridge” for cycling and walking in their report Strategic Cross-Boundary Cycle Development.

However, the government has rejected the Sheriffhall option which included a pedestrian/cycle bridge.  Instead, its chosen option will do little or nothing to improve the present dreadful situation on this vitally important direct route between Dalkeith and Edinburgh.

We are supported by Spokes, the Lothian Cycle Campaign, who have already written to the Transport Minister, Humza Yousaf MSP about Sheriffhall and more generally about the government’s Trunk Road Cycling Initiative, which is currently being revised.