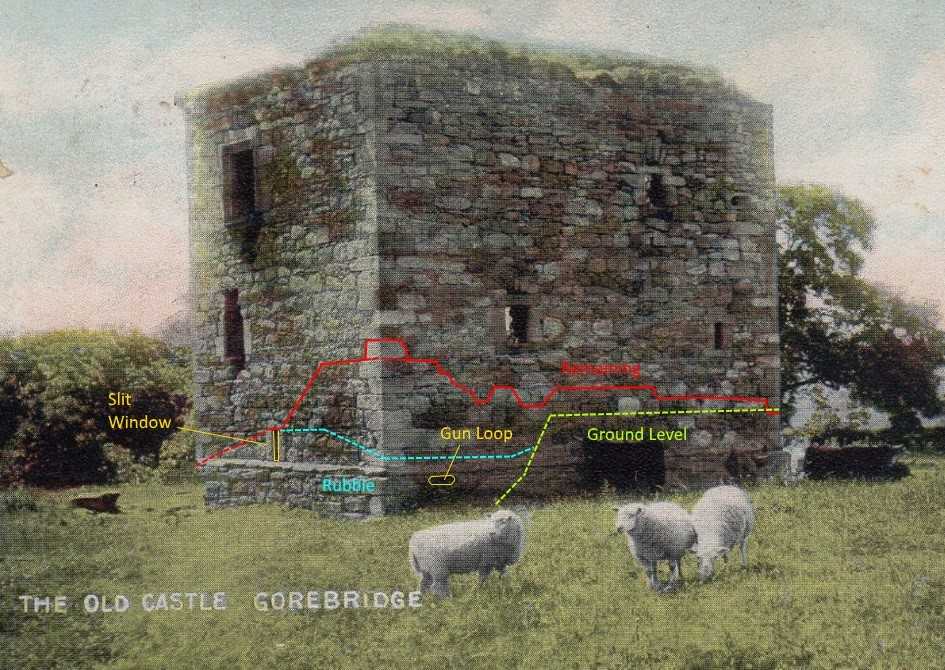 Newbryres castle is a 16th century L-plan, thee-storey tower house built by Michael Borthwick of Glengelt. He acquired the land from James, Abbot of Newbattle, in 1543 with the consent of Mary Queen of Scots, patroness of the abbey. It was bought by Sir James Dundas of Arniston in 1624 whose family went on to use the castle as a dower house. In 1963 most of the remaining walls of the castle were demolished by Midlothian Council for public safety reasons, leaving just the NE corner of the castle standing. Later, in 1993 the ruins were classed as a scheduled ancient monument by Historic Environment Scotland. 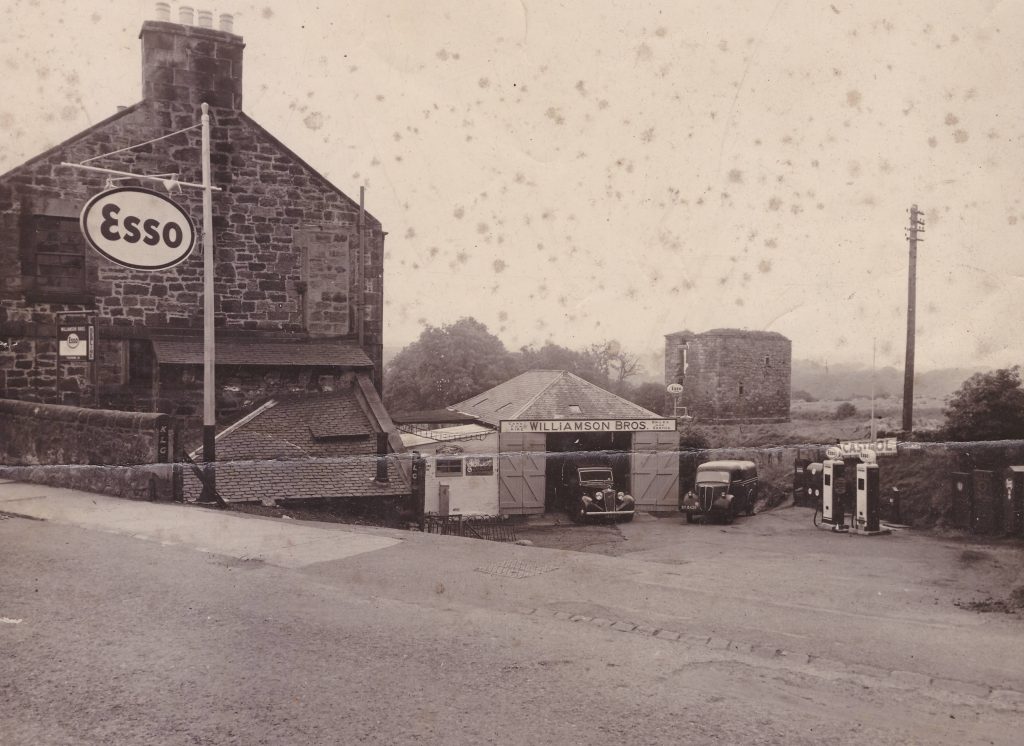 Gorebridge Community Development Trust (GCDT) and the local community decided developed the area surrounding Newbyres castle turning it into a community garden. With grants totalling £41,000, GCDT planted flowers and trees. Interpretation panels recording the history of the castle were designed with the help of the local historical society and installed near the entrance to the garden. GCDT ensured that the park was included in Midlothian’s ground maintenance plan. Unfortunately the garden became overgrown in the subsequent years.

Over several days The Princes Trust cleared vegetation growing over and around the ruin without disturbing the stones themselves. 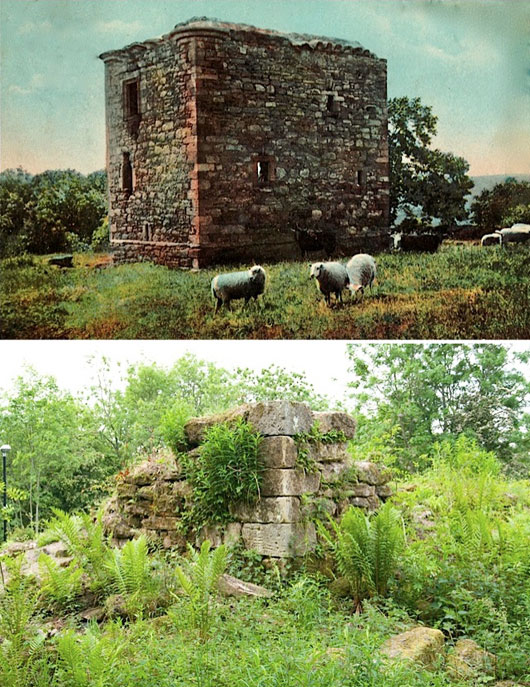 Newbyres castle was ‘adopted’ by the Adopt-a-Monument Scheme run by Archaeology Scotland – a nation-wide community archaeology
scheme that provides practical advice, training and helps to raise funds. This would prove to be a big step forward for the site and the GCDT’s involvement in the process.

Songs and stories of castles with Fergus McNicol of Macastory at Gorebridge Library with primary 3 class from St Andrews to mark the Adopt-a-Monument Scheme.

The first community volunteering day, led by Gail Halvorsen on behalf of Gorebridge Community Development Trust and Rebecca Barclay of Archaeology Scotland, aimed to start conserving the remains of castle. Home made lunch was prepared by Gillian Morrison and her mother in GCDT’s office.
Over 20 volunteers including archaeologists and archaeology students from Edinburgh University, a group from Midlothian CAT (Community
Access Team) and local residents cleared vegetation growing over and around the ruin without disturbing the stones themselves.

am: photography session by Cara Jones of Archaeology Scotland.
pm: Using the photos taken and some specialist open-source software the photographs taken of the ruin were manipulated to create 3D models. 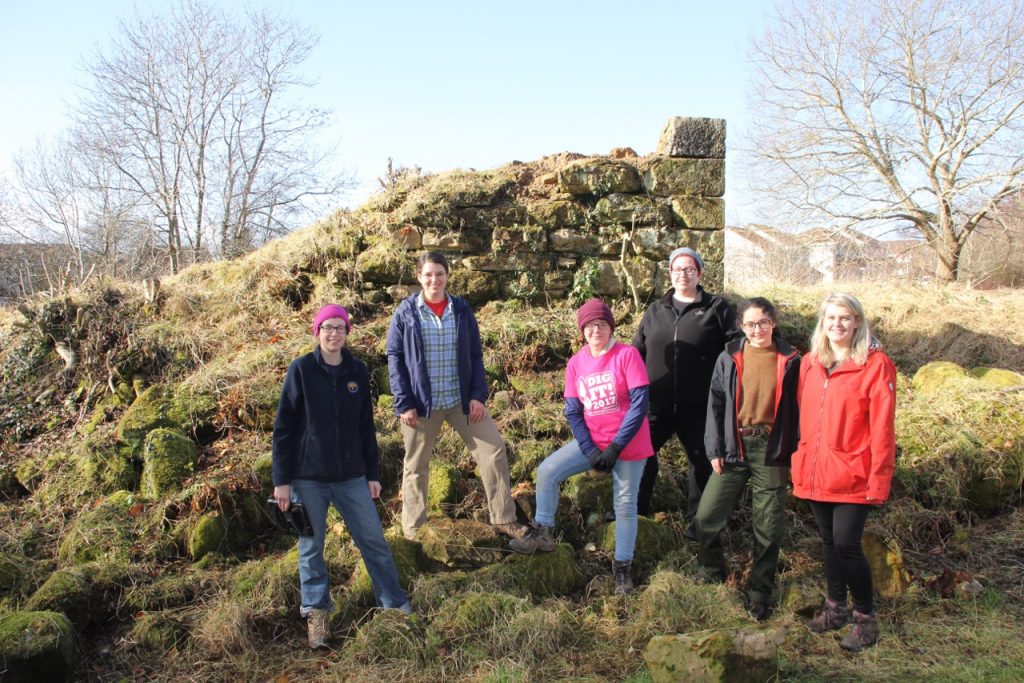 am: Volunteers cleared vegetation from around the ruin that had grown up in the past year, over the mound to the South and along the Northern boundary bordering the steep bank.
pm: Cara Jones, Archaeology Scotland, gave a talk on the Adopt-aMonument scheme and some case studies from around Scotland. A good turn out including five archaeology students from the University of Edinburgh.

Midlothian council removed a tree to NW of ruins (its roots may have been interfering with archaeological remains) and vegetation from the garden surrounding the ruin.

EXPLORING AND RECORDING THE ARCHAEOLOGY – ALL DAY WORKSHOP

am: Archaeological / historical interpretation tour of castle and surrounding area by Dr. Piers Dixon, archaeologist at Historic Environment Scotland (HES), and Eve Boyle, field archaeologist at HES. Piers speculated about what buildings might have surrounded the castle by examining the flat areas and man-made banks.
There was a lot of interest for this event including several local families.
pm: 2D sketch design survey- 2D measured survey using traditional equipment – plane table and alidade, the group found one slit window, partially hidden, and an intact corbel stone from the eaves of the roof.
The survey was subsequently completed by Gail Halvorsen, Neil Simpson and Jo Kane. The resulting drawings are available to view on the Canmore website.

Neil Simpson (a local volunteer / professional surveyor) carried out a 3D ground survey of whole site using a surveying instrument called a “Total Station”. This measures angles and distances to the selected points to enable a 3D model to be created using surveying software.

Geophysical survey of the ground around the castle (with Section 42 Scheduled Monument approval from HES) led by Cara Jones, Archaeology Scotland, and Dr Susan Ovenden and Alistair Wilson from Rose Geophysical Consultants LLP.
Rose Geophysics spent one day studying the site to find out which type of survey would be most appropriate for the ground conditions, and carrying out a resistivity survey of the whole site. The following day they ran a workshop describing and demonstrating the three main methods of looking for archaeological ruins
underground. These were:
• Gradiometer survey: using magnetic fields – was considered unsuitable for the site due to the high magnetic levels in the area;
• Resistance survey: maps to a depth of approximately 0.75m. Measurements taken at 0.5m intervals was used over the whole site;
• Ground penetrating radar (GPR) survey: a more accurate methodof finding buried stone was carried out in targeted areas based on the results of the gradiometer and resistance survey. Surveyed with a 500MHz antenna that provides excellent lateral and near surface resolution and can retrieve data to a depth of approximately 2m. Data was collected at 0.02m intervals along parallel traverses 0.5m apart.