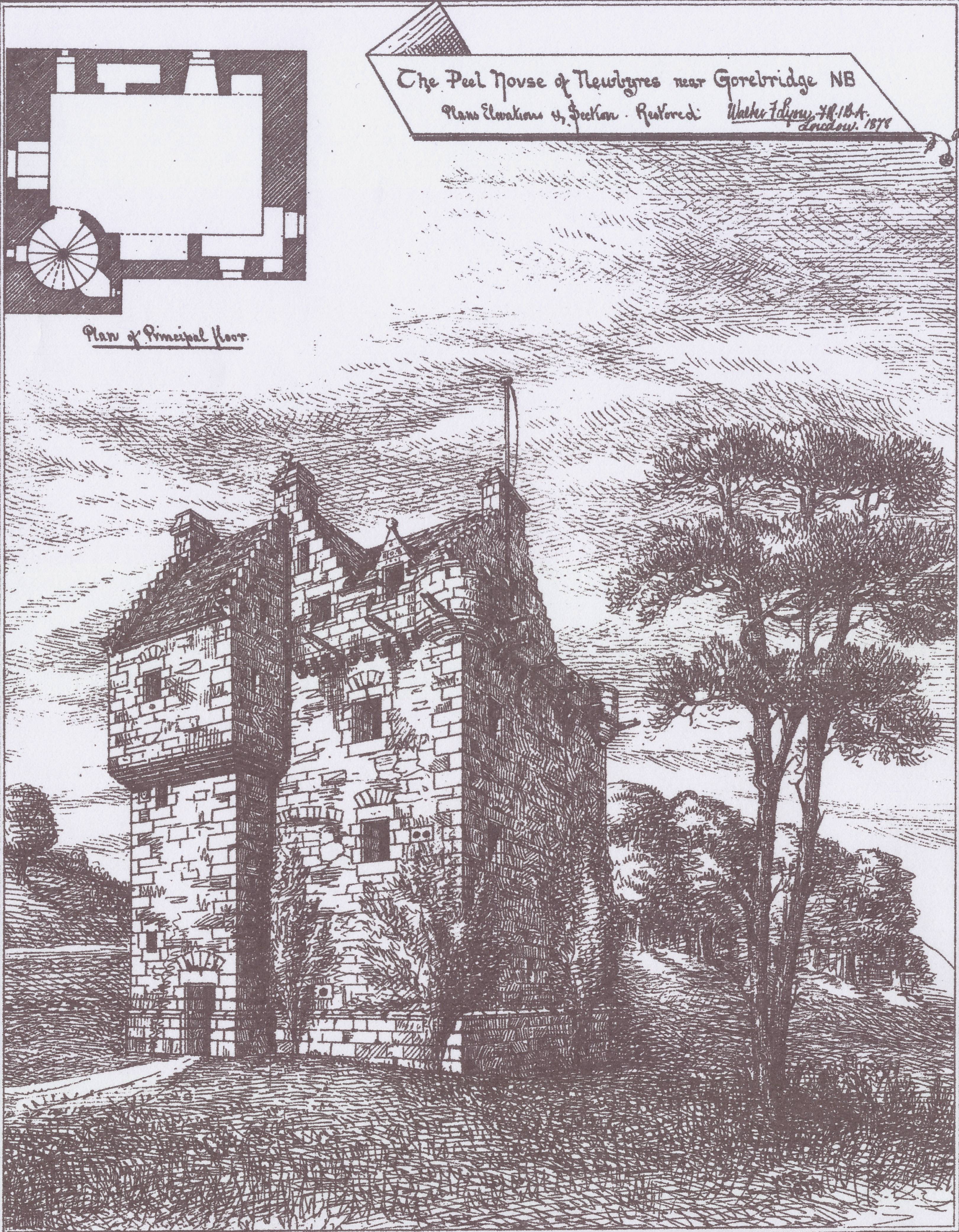 Very little is known of the fragmentary remains of Newbyres Castle which sits in Gorebridge. The little documentary evidence which exists of the once important site hints at an intriguing story. In what follows we can highlight exactly what we know of this significant historical location.

What still exists of the structure hint at an L-shaped, 16th century abode built by Michael Borthwick of Glengelt, former abbot for the monastery of Newbattle. Before falling into ruin and eventually being demolished by Midlothian Council in the 1963, the structure was a substantial vaulted tower house, with a walled courtyard. Classed as an ancient monument by Historic Environment Scotland, the interpretation and presentation of the site has become a popular concern of the local community.

The 1897 castellated and domestic architecture of Scotland explains the technical aspects of the former tower:

‘Newbyres is a very plain edifice of the L plan. It is 32 feet 8 inches long by 24 feet 2 inches wide, with a staircase wing at the north-west corner projecting 5 feet 7 inches beyond the main building… The ground floor is vaulted and, at the south end of the first floor a large stone drain opens to the outside. On the upper floors there are several gun holes and wall-chambers.’

The land of Newbyres and its walled garden, a triangular plot which was surrounded by the steep valleys of two streams, belonged to the Abbey of Newbattle when, in 1543, they were granted to the aforementioned Michael Borthwick of Gengelt. This would have required the permission of the abbey’s patroness at that time – Mary Queen of Scots. There existed the Borthwick coat of arms carved upon the tower which hinted at its founding owner.

In 1624, Newbyres, with its tower, was sold to Sir James Dundas of Arniston Estate. From 1646 the Dundas family would use the Castle as a dowager, also known as a jointure house, of the family (a premise reserved for widowed wives of the family). During this time it gained a reputation as a popular and welcoming abode, renowned for the hospitable ladies which lived in the house. On one particular occasion, a church court was convened to examine a Mr. Coupar who was found to have been ‘tippling and swearing’, following an evening being ‘entertained’ by the ‘Old Lady of Arnistoun’ at Newbyres. Mr Coupar would take umbridge with the home owner, Mr. Dundas, being present upon  the court, on the grounds that he was his ‘mortal enemiee’ and would fail to give him a fair trial. 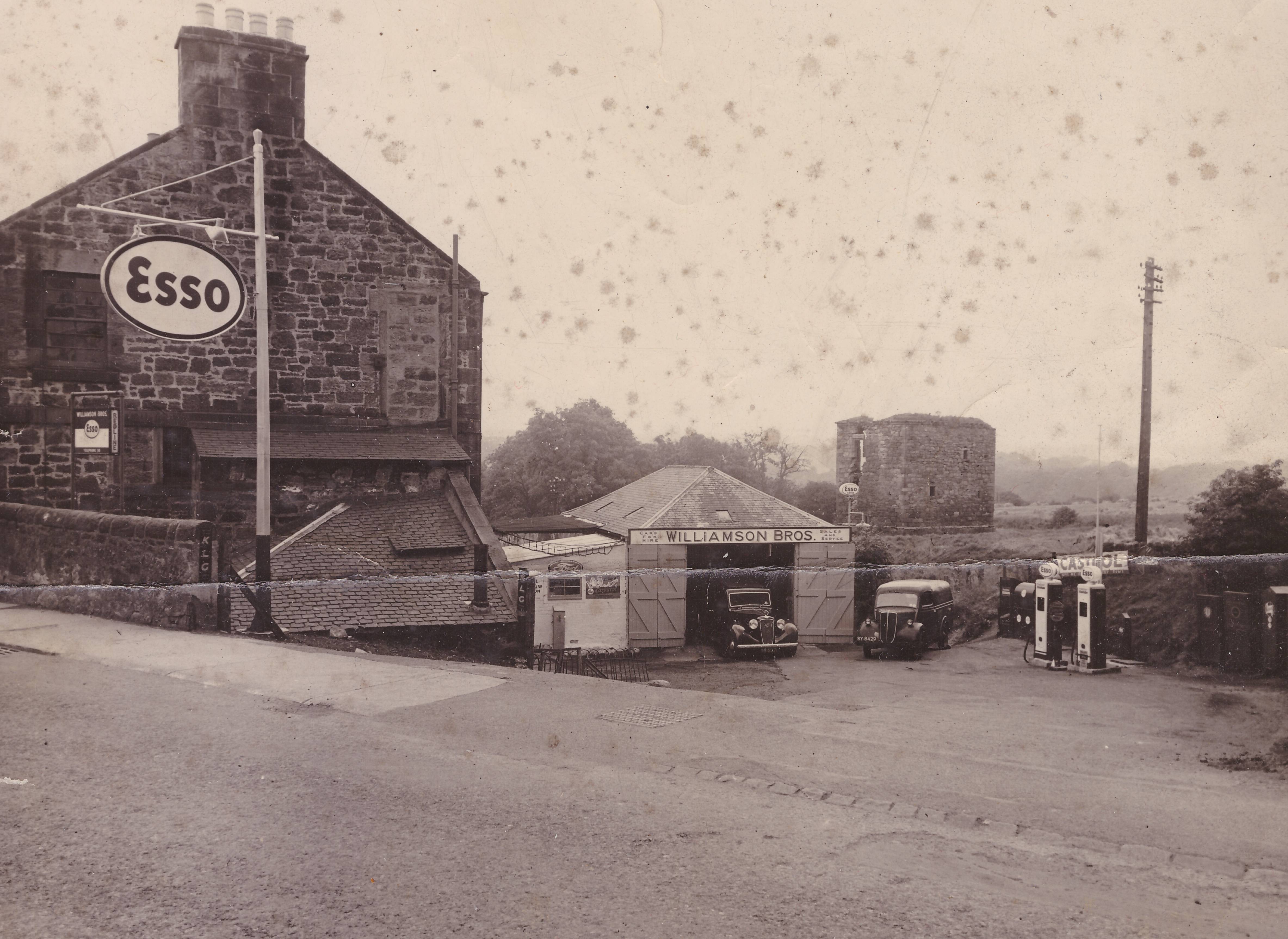 Documents relating to the castle also offer us an insight into the needs of a 17th and 18th century dowrage. Catalogued in the accounts for Newbyres Castle in 1626 was the total of produce on site. These included; ‘329 theaeves beir, containing 65 bolls; with the fodder, £6 .13. 4d per boll’. A large undertaking for a hospitable, and often grief stricken, abode.

The Gorebridge Community Development Trust adopted the monument through the HES Adopt a Monument scheme and have been working closely with Archaeology Scotland to preserve and interpret the site – seeking to fully understand both its historical and local importance. 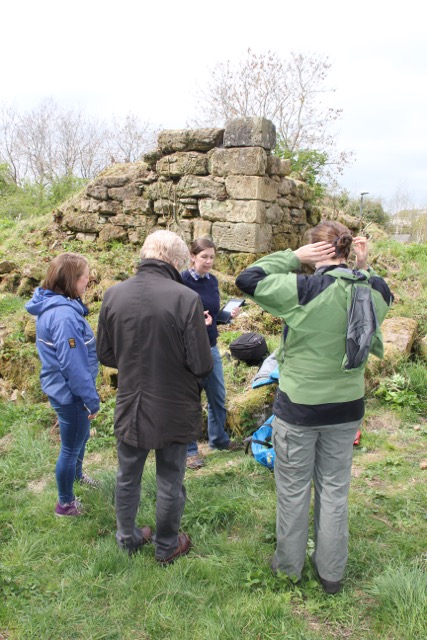